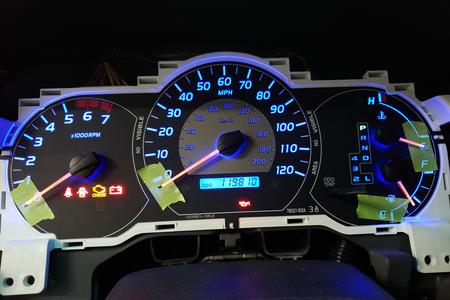 Most others that have done this have not taken the time to change the leds for the radio display. We did decide to leave the original orange leds at the sides of the CD slot. It gives a good balance to the Hazard and Airbag lights below the radio. in case you are curious there were 79 leds that were changed in this conversion.

Steve's Auto Electric repairs various instrument cluster problems and specializes in repairing the the instrument clusters for 2003, 2004, 2005, 2006 & 2007 Chevrolet Silverado Classic and GMC Sierra Classic trucks. The same cluster is used in 2003, 2004, 2005 and 2006 Avalanche, Escalade, Tahoe, Suburban and Yukon. Basically if it looks like the cluster below, Steve's Auto Electric can repair it. The cluster below has a transmission temperature gauge in the lower left corner. Most do not have that gauge and that area is just blank. 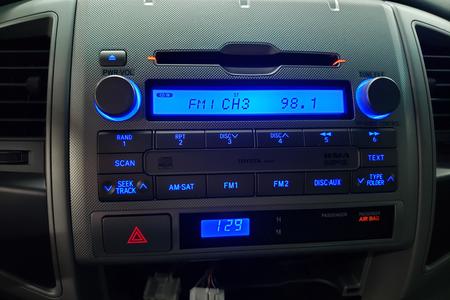 2011 Toyota Tacoma back lighting color change from orange to blue leds. The owner really loved his truck but disliked the orange dash lights. 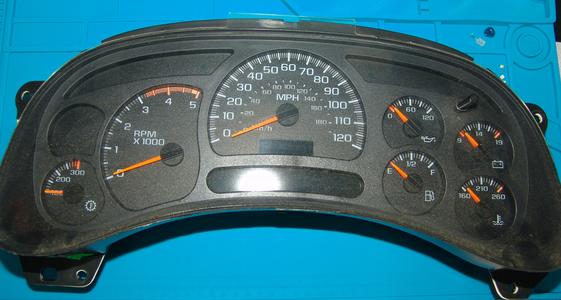